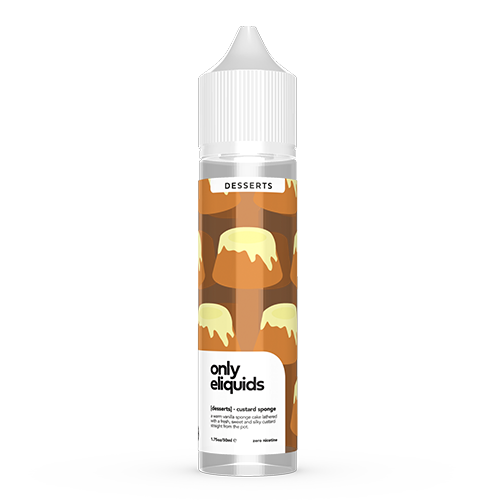 Custard Sponge shortfill e-liquid by Only Eliquids is based on the traditional British dessert. A vanilla sponge flavour features heavily on inhale, given a rich taste thanks to creamy custard on exhale.

Part of the Only Eliquids Desserts range, this is a 70% VG e-liquid that will produce large amounts of vapour when used with a sub ohm tank or kit. They also deliver clear flavour at a range of wattages.

Available as a 50ml shortfill, each underfilled bottle has room for a 10ml nicotine booster shot. The benefit of shortfills is that they allow you to decide exactly how much nicotine is in your e-liquid.

Only Eliquids is made in the UK. They have created distinct shortfill ranges with different themes including candy, dessert, doughnut and drinks.